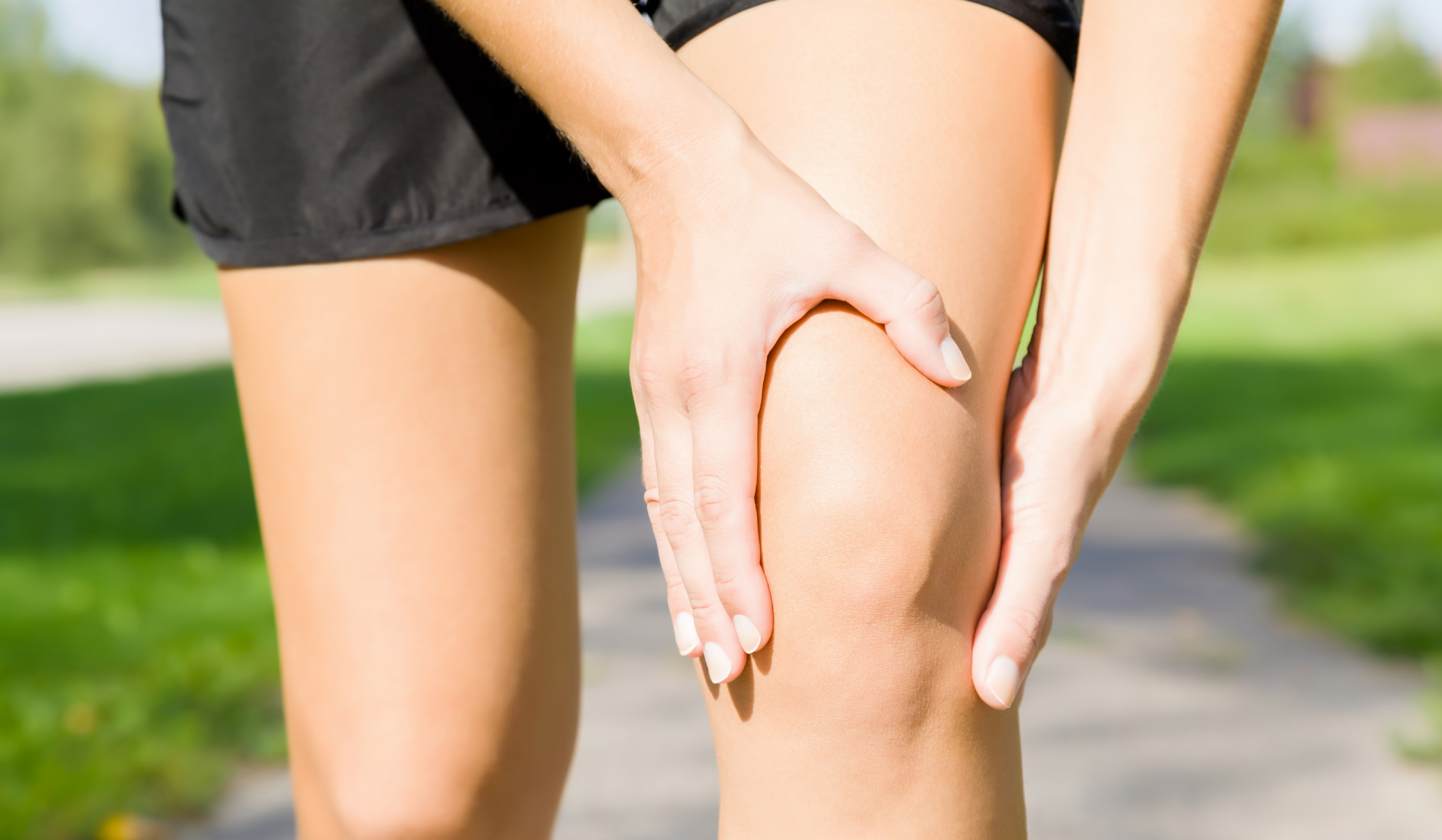 Meniscus (Cartilage) or Ligament?
The most common traumatic injuries to the knee involve either the meniscus or one of the four ligaments in the knee. These are the anterior cruciate ligament (ACL), posterior cruciate (PCL), medial collateral (MCL) or lateral collateral (LCL). The meniscus are rings of cartilage that sit on the top of the tibia (shin bone) and act like a shock absorber within the knee joint as well as providing some stability to the knee. Most of the stability for the knee comes from the ligaments, along with the muscles that cross the knee joint. The anterior and posterior cruciate ligaments form a cross inside the knee, hence their name which in Latin means cross-shaped. The medial and lateral collateral ligaments support the inside and outside of the knee joint respectively.

How Can You Tell Which You Might Have Injured?
Meniscus:
An injury to the meniscus often involves a twisting motion, commonly while the knee is flexed. The cartilage does not have a good blood supply, meaning that it will not swell quickly. If you have injured your cartilage swelling usually builds up over the subsequent hours and you may not notice it until that night or even the next morning.

An injured meniscus will mean that it is very sore to perform a deep squat. More severe tears in the cartilage can lead to the knee locking or giving way. True locking is where you cannot straighten the knee fully due to the torn piece of cartilage blocking the movement. You may find that twisting your lower leg back and forth frees the movement. Giving way is again due to the piece of torn cartilage. If this is happening, you should seek medical advice as a referral to orthopaedics may be required.

Less severe meniscus injuries without locking or giving way will usually settle with time and rehab. You may have previously heard of people having keyhole surgery to perform a ‘wash out’ of the knee. This is much less common now as this procedure did not always have good outcomes.

The early stages of recovery involve the PRICE regime to control swelling, namely protection, rest, ice, compression and elevation. Protection could be in the form of a knee brace. If you can weight bear and walk normally this is encouraged. If you are limping then using a crutch may be beneficial until you can walk normally.

It is important to maintain the range of motion of the knee joint. This should involve bending and straightening the knee as pain allows. Exercises for the quadriceps, hamstrings and calf are also important as they all cross the knee joint and provide stability to the knee.

Non-impact cardiovascular exercises such as the static bike or elliptical trainer could be started before impact activities such as running.

Proprioceptive (balance) exercises should also be used when re-training the stability of the knee.

End stage rehab should involve plyometric training such as jumping and bounding.

Running should be progressed from straight line jogging, to increasing speed and introducing twisting/turning/cutting movements.

As a general guide the first 2-3 weeks of recovery involve controlling swelling, improving range of motion, early strengthening and balance exercises. Depending on the severity of the injury and the progress being made you may be able to introduce non-impact cardio and higher level strengthening exercises at week 2-3. If it is progressing well you may also begin to run at the 2-4 week stage. From weeks 4-6 plyometrics and further running drills can be utilised. Return to play should not be considered until your knee has no reaction to plyometric exercises and running drills. This is a general guide and the timescale will vary depending on your injury.

Post-operative Recovery
There are different protocols to follow depending on which structure you have injured and the type of operation that is required. You will be given clear guidelines to follow for your rehabilitation following your surgery.   It is very important to rigorously rehabilitate the injured leg and in fact your whole body before considering returning to play. Do not fall into the trap of half-heartedly performing your rehab or returning to play too early. You will be likely to suffer another injury if you do.

Here are the general guidelines for timescales for return to sports:

You can find out more about which cookies we are using or switch them off in settings.

This website uses cookies so that we can provide you with the best user experience possible. Cookie information is stored in your browser and performs functions such as recognising you when you return to our website and helping our team to understand which sections of the website you find most interesting and useful.

Strictly Necessary Cookie should be enabled at all times so that we can save your preferences for cookie settings.

If you disable this cookie, we will not be able to save your preferences. This means that every time you visit this website you will need to enable or disable cookies again.